The girls track and field team enjoyed several fantastic weeks of competition to close out the 2018-2019 athletic year as they wrapped up their season at the State Track & Field Meet in Columbus, Ohio.  To get there, however, the girls had some fantastic performances at both the District’s and the Regional’s. 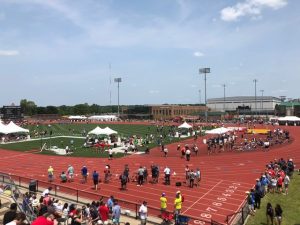 Taking 10th overall at the District meet, the 4×800 team of Teagan Walsh, Erica Francesconi, Olivia Irwin, and Ashley Boyd started the scoring for the team with a season PR that earned the girls an 8th place finish.  Later in the meet, Ashley returned to not only qualify in the open 800 but, later that Friday, to take 10th overall.  Also running on Friday, Teagan ran a fantastic race in the 1600 that not only saw her qualify to the next week’s competition, but also saw her take the district championship in that event.  Joining Teagan in qualifying, Erica took 3rd overall in the 3200, re breaking her own school record in the process, this time by over 10 seconds.  In the field events, Julia Kreeger qualified to finals in the shot put while Abbey Moutoux earned a qualifying spot to Regionals with a fantastic new PR in the discus.  Also scoring for the team, pole vault star Eliza Steinman took 5th in the event while fellow vaulter Haley Brennan tied for 3rd to earn a spot at Regionals. 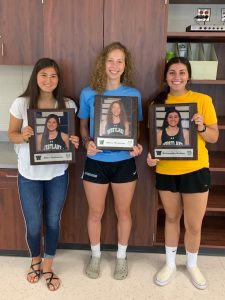 At the next week’s Regional competition, the four qualifying girls enjoyed some fantastic finishes to their seasons.  In the discus, Abbey PR’d once again, this time by almost 2′, and earned a spot on the podium with an impressive 7th place overall finish.  On the track, Teagan solidified her status as one of the best distance runners in the area as she competed in Regionals for the third straight year while in the 3200, Erica continued to impress, running with the top runners in the Region for most of the race before finishing on the podium with an 8th place finish and an amazing new school record time of 11.12.66, which means she broke the school record three times in a matter of three weeks.  In the pole vault, Haley set a new PR of 11’3″ and in doing so, finished 5th overall, earning an at-large bid to the state meet in the process. 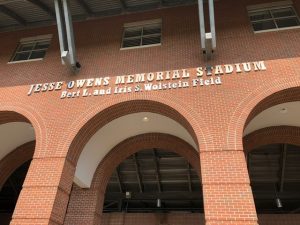 At the state meet, Haley represented the Demons exceptionally well as she cleared the first two heights with relative ease before bowing out attempting a new PR at the next height.  As a result, Haley ended her season, and her career, taking 13th overall at the highest level of competition the state has to offer for track and field. 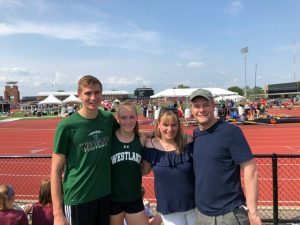 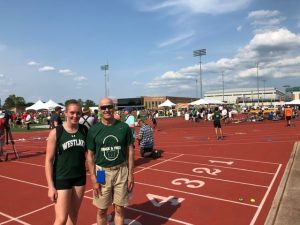 While the season is now complete, congratulations to all of our athletes, both in track and field and cross country, on what was a truly historic season for the team, as several records were broken, championships were earned, and multiple trips to the state meet took place.  Special congratulations to our seniors on a fantastic season and career and good luck to all of our athletes as summer approaches!

No Events This Week

Events are added by athletic staff.
View All Events