The girls track and field team enjoyed a winning week as they travelled to both Midview and Avon, taking first place in both competitions.

At Midview, the girls edged Midview 69-59 in their final Wednesday dual meet of the year as several athletes put forth impressive performances.  In the distance events, the team of Ellie Irwin, Sydney Peer, Stephanie Nivellini, and Sarah Peer started the scoring with their 4×800 relay win while Marisa Cutter, Christina Ware, and Alexa Higgs swept the 1600 soon after.  Sarah and Ellie would return later to finish one-two in the 800 while Sarah Colman enjoyed her first ever 800 with an outstanding sub-2:30 time.  Meanwhile, in the sprint events, Sophia Kontak enjoyed a great day, winning the 100 and taking second in the 200 while teammate Madison earned a third and second in the 200 and 400, respectively.  Julia Houser led the field event team with another solid performance in the Discus, taking first with another throw over 110′.  Joining her in scoring in the Discus was Macy Brennan, who also scored a second place finish in the PV.  Wrapping up the scoring for the team, M.E. Hargett enjoyed another fine day at the HJ, earning a second place result with her 4’9 jump.

At the Avon Invitational on Friday, the squad put forth their best performance of the season, edging host Avon by two points to win their first invitational championship in over a decade.  In what was a true team effort, several girls put in outstanding performances in multiple events, and in the sprints, the tag team of Sophia Kontak (4th in the 100, 4th in the 200, and 3rd in the 4×100) and Sarah Colman (7th in the 100, 2nd in the 200, 1st in the 400, and 2nd in the 4×400) led the way with several outstanding performances throughout the day. 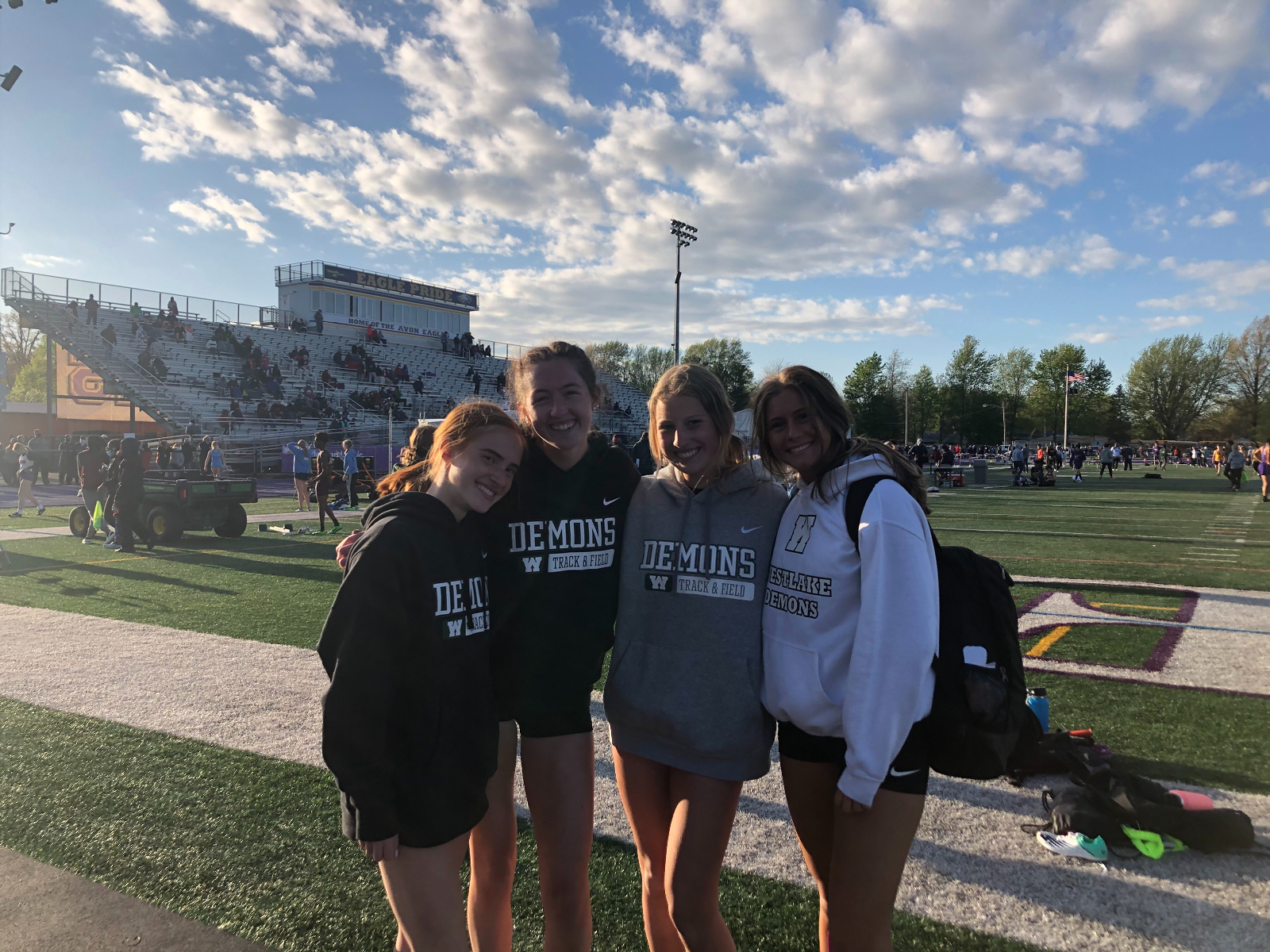 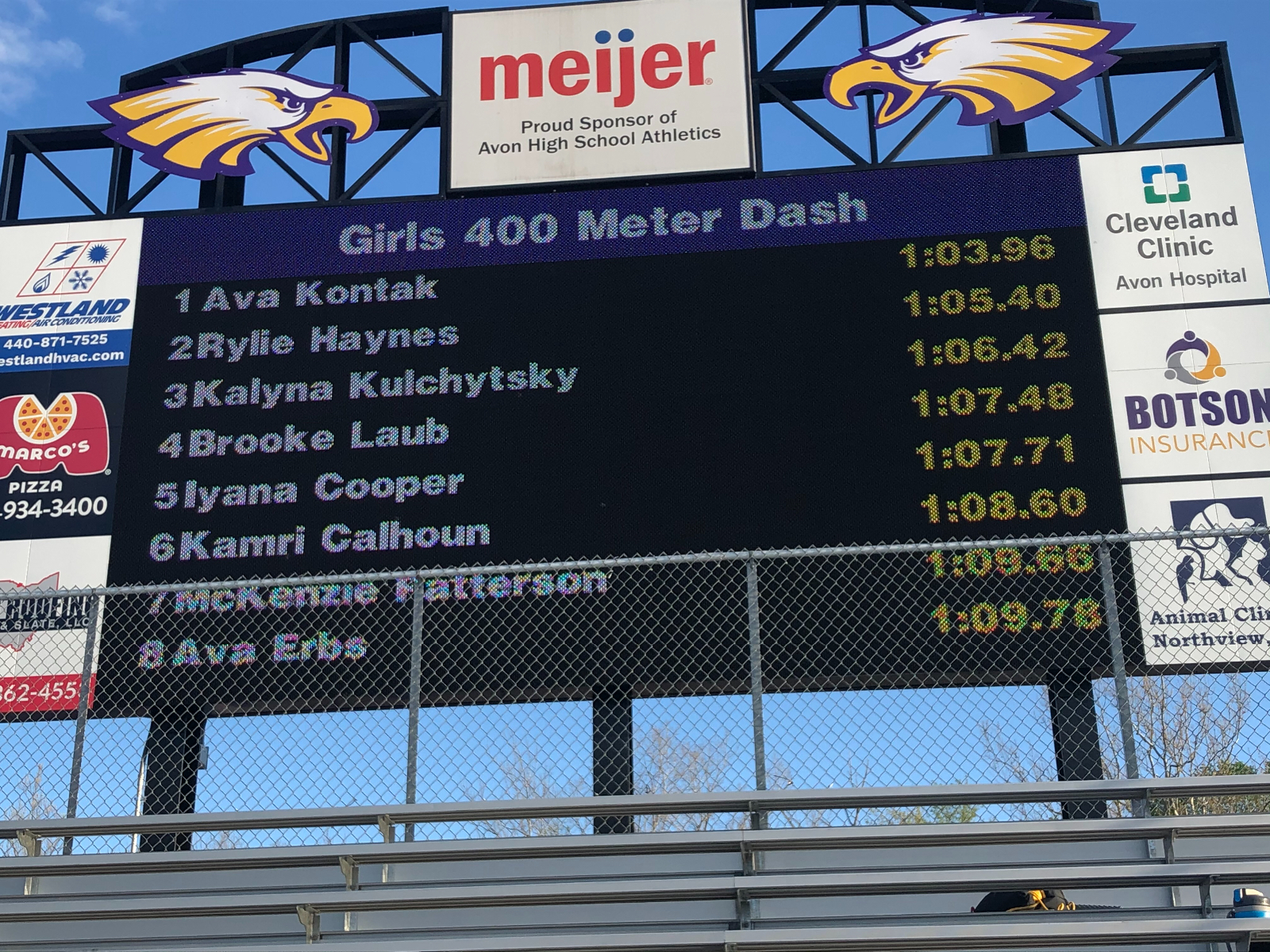 In the hurdles, Emma Hennesey enjoyed a great day in both the 100H (4th) and 300H (3rd) while teammate Michelle Xiao helped earn the team valuable points in the 100H with her finish. 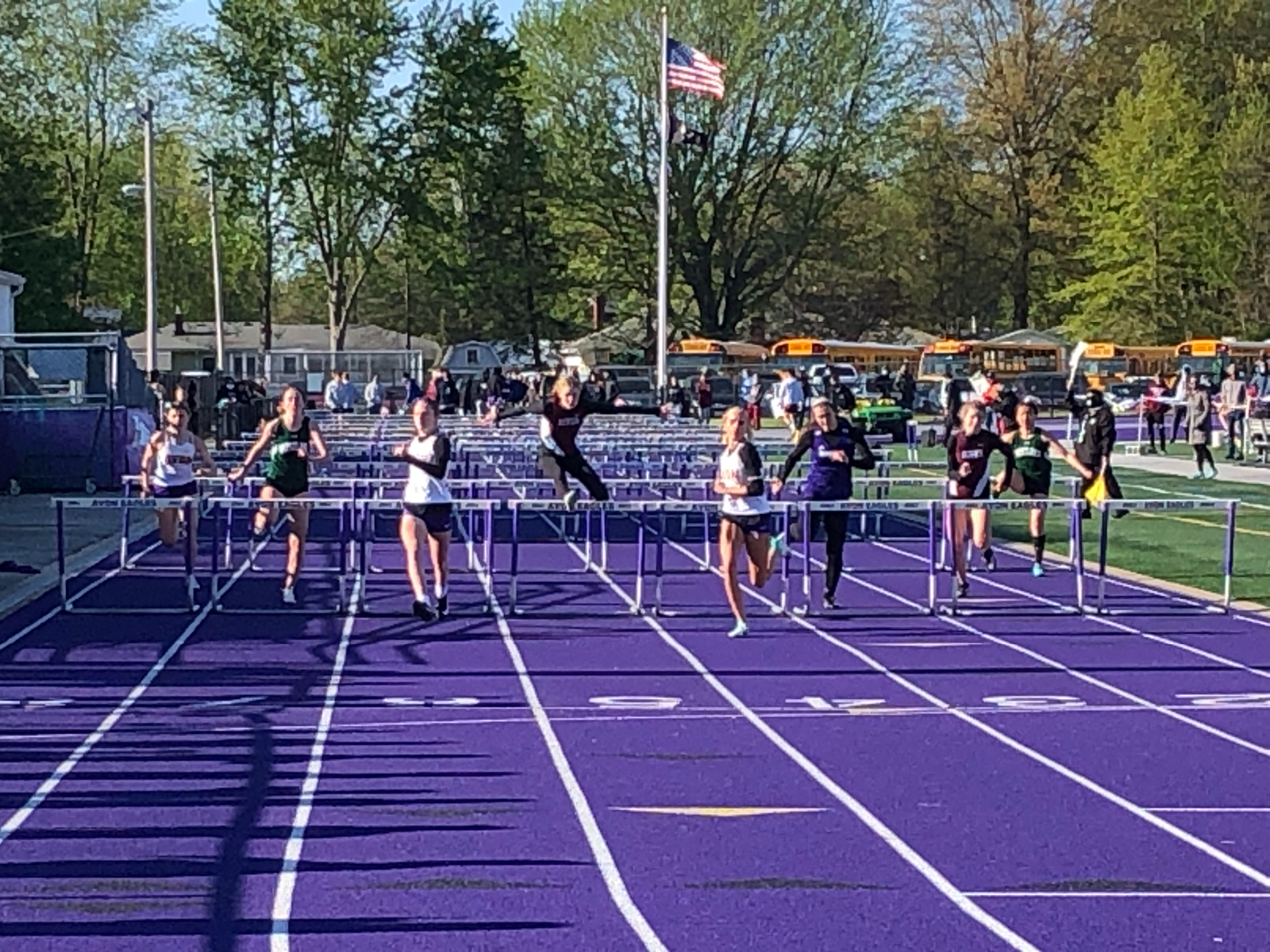 In the field events, Julia Houser once again led the field event crew with another solid outing, this time taking second in the Discus while co-thrower Macy Brennan was right behind with a third place finish.  In the Shot, Arianna Rivera and Ella Horvath both scored for the team while in the Pole Vault Macy earned a fourth place result.  Capping the scoring for the field event team, M.E. Hargett enjoyed another new PR in the HJ. 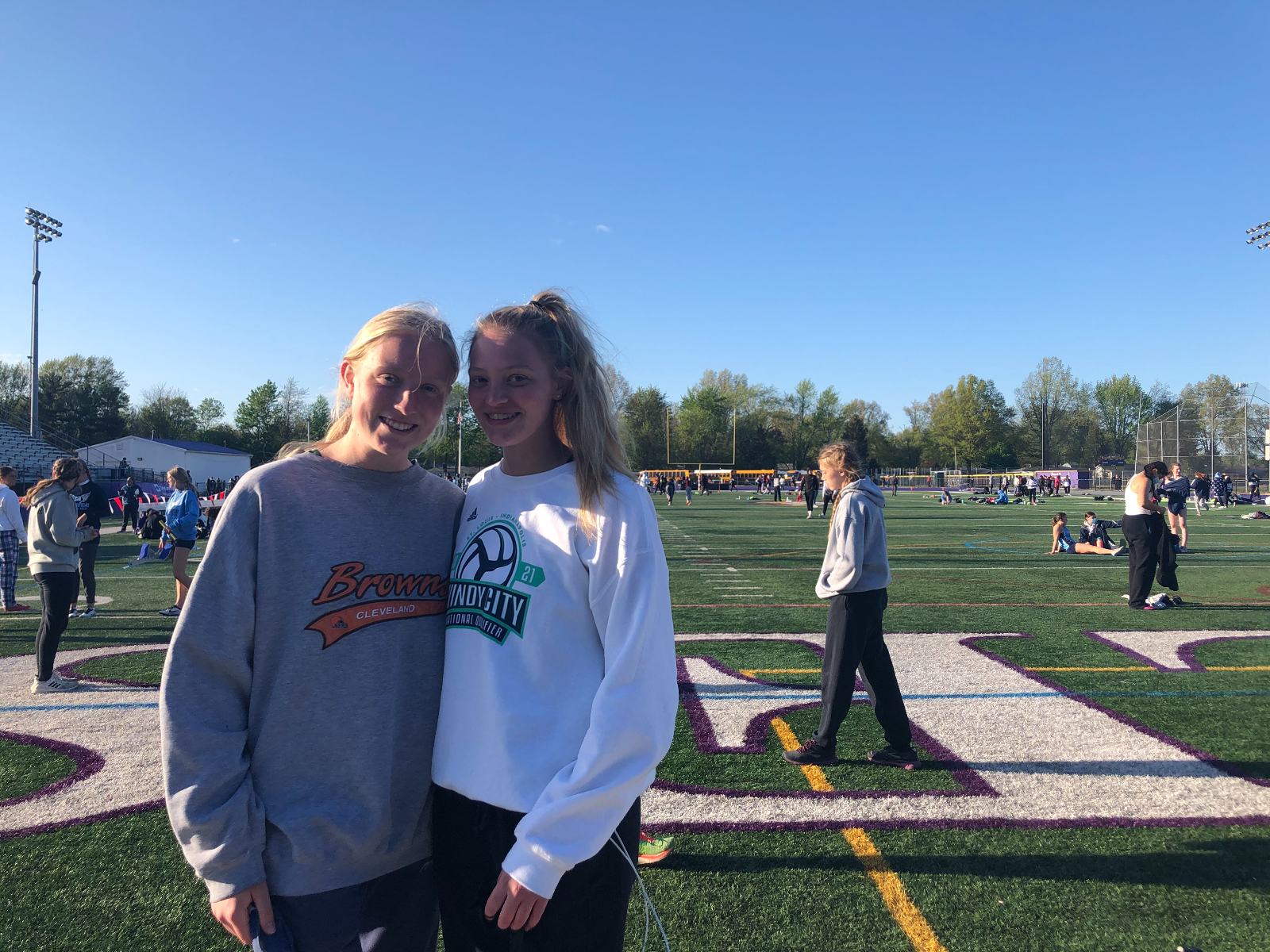 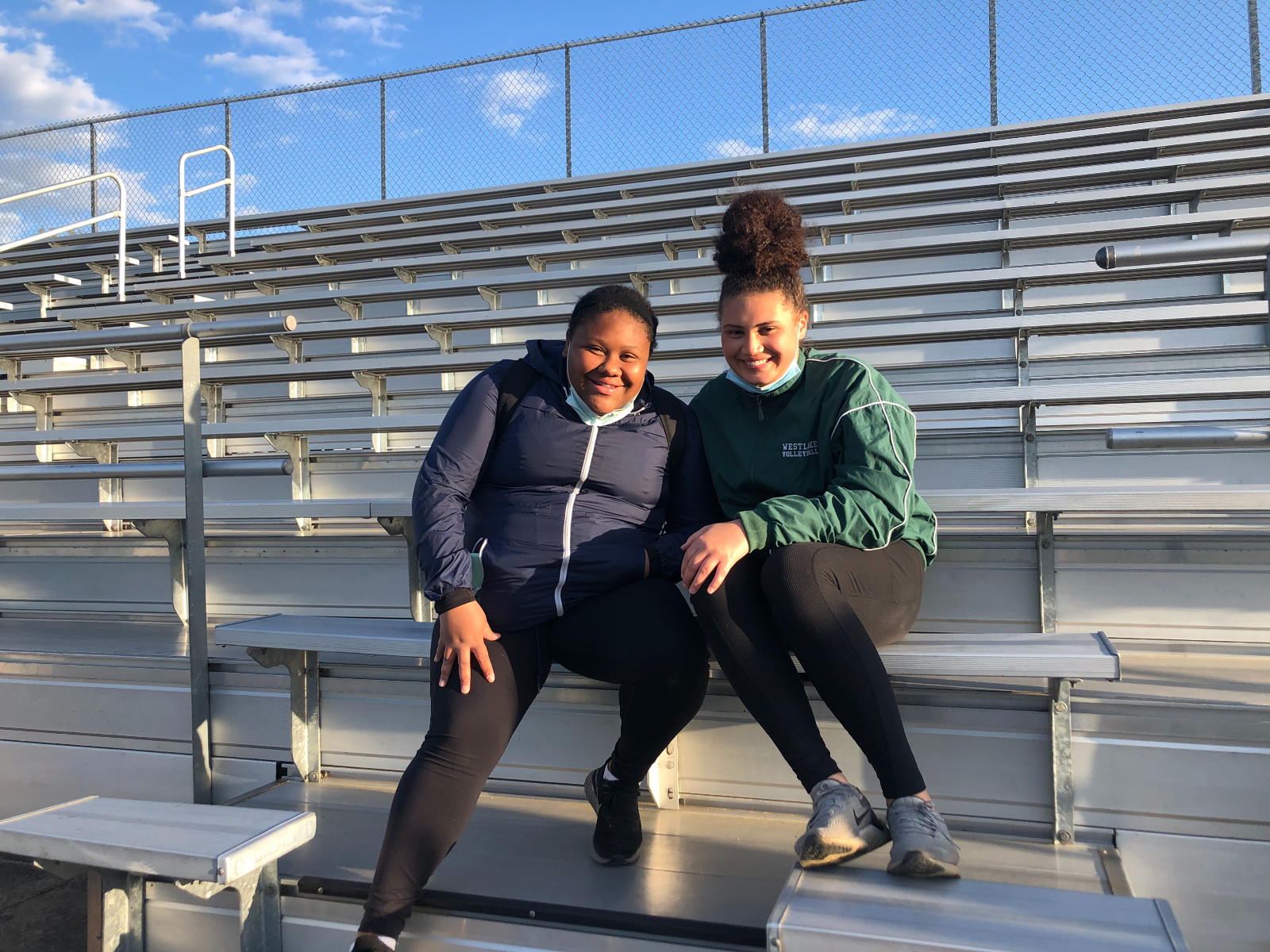 In the distance events, the team of Ellie Irwin, Sydney Peer, Stephanie Nivelleni, and Sarah Peer started the scoring for the team as they took first place in the 4×800 relay.  Sarah and Ellie returned to run the 1600 and 800 later in the meet, putting in great performances to finish one-two in the former and first and fourth in the latter, giving Sarah an impressive three victories on the day.  Stephanie, running another fantastic 3200, would finish runner-up in her event with another impressive performance. 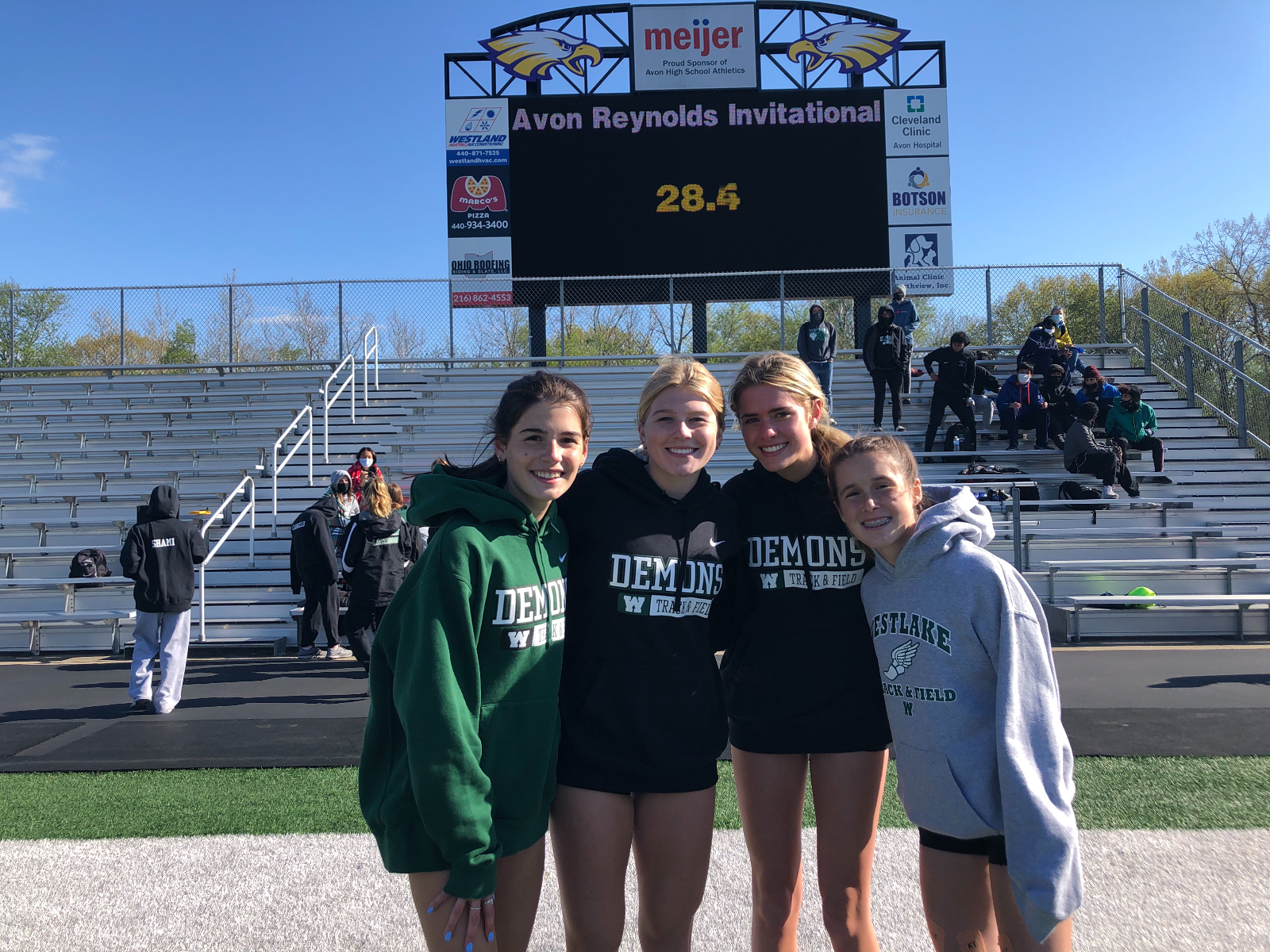 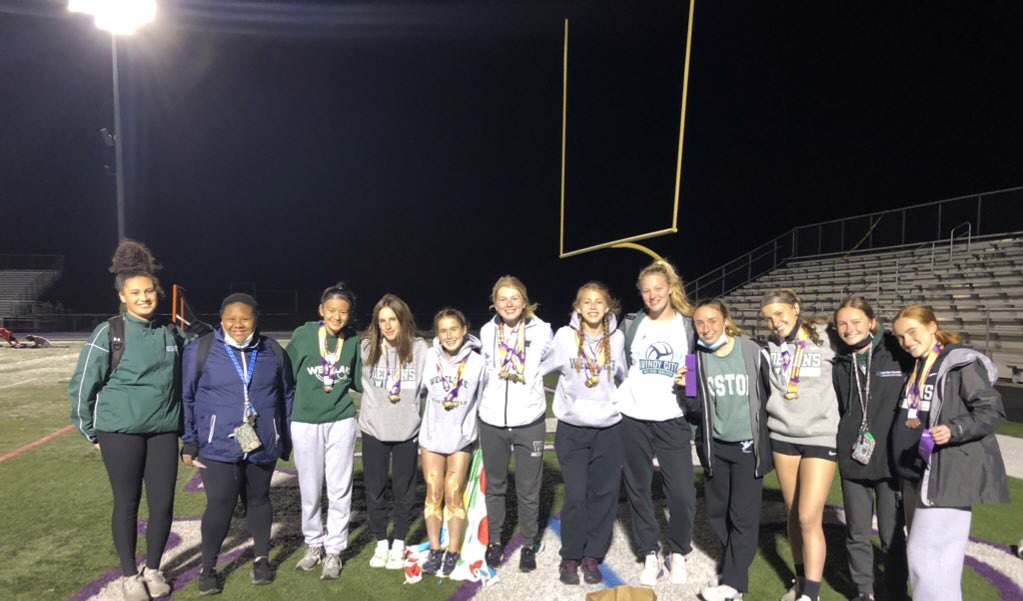 Good luck to the girls as they travel to North Olmsted on Wednesday for the J.V. Championships before wrapping up the week at Rocky River’s Bell Invitational on Friday.