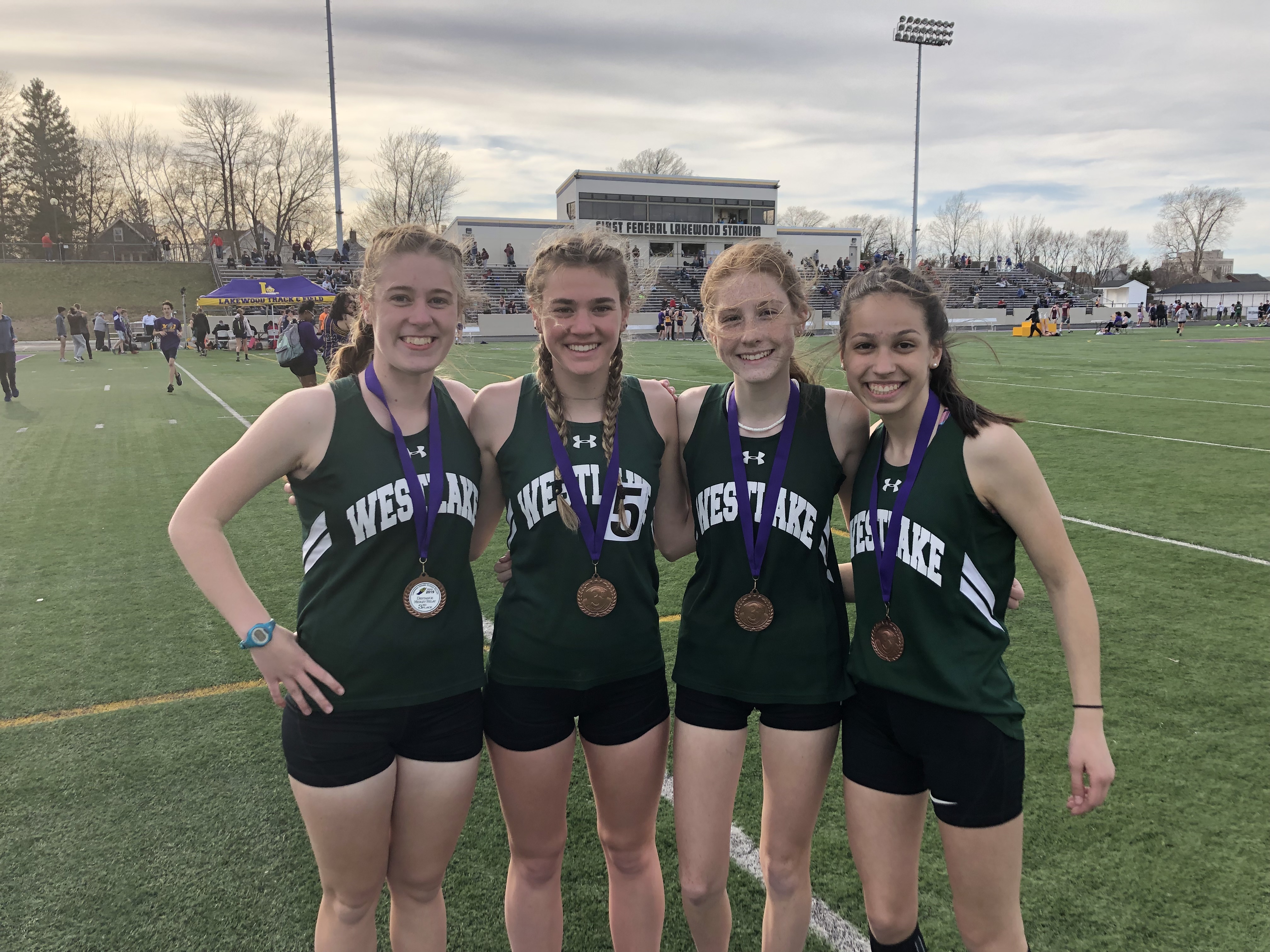 In the field events, the throws teams’ led the way, sweeping both the discus and shot out relay as Julia Kreeger, Eve Anitas, and Peyton Hedges three at, or new, PR’s. In the discus, senior Abby Moutoux had the best throw of the competition with a new PR that helped the team of herself, Peyton, and Julia Houser not only take first but also set a new meet record. Also doing well was the high jump team of Fiona Stroski, Nicole Pica, and Ana Humer, who took third while Eliza Steinman, Claire Beck, and Hanna Bauer brought home fourth in the long jump relay. Eliza came back to take second place – by herself! – in the pole vault relay with the high jump of the day.

In the distance events, the 4×1600 team of Ashley Boyd, Olivia Clarke, Alex Fernandez, and Brenna McFadden started the scoring for the team with their fifth place finish and were followed up by Teagan Walsh, Grace Holmes, Ashley, and Olivia Irwin who took third in the DMR. Lila Sucher joined Teagan, Grace, and Olivia to take another third place later in the meet, this time in the 4×800.

In the sprints, Bridget Stroski started the scoring for the sprint team by earning points in the 100 meter hurdles while the 4×100, 4×200, and 4×400 teams all earned valuable points to help the team finish third overall.