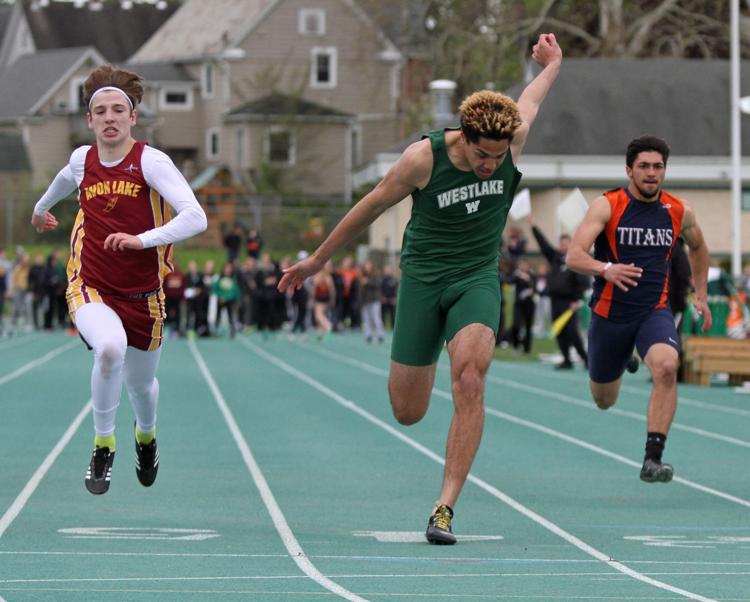 Last weeks SWC Track & Field Championships finished up on Friday with the Westlake Boys finishing 5th overall, with many top performances led by senior Kevin Walls. Walls, for the second year in a row finished four different events in 1st Place. Walls won the 100m dash and 200m while also anchoring the 4x100m and 4x200m Relays to victory as well. Kevin was joined by teammates Lamar Griggs, Robert Fulop, and Austin Norris on the 4×100 (43.46) and by teammates Anthony Fusco, Norris and Fulop on the 4x200m (1:30.30).

Sophomore Austin Norris also placed 3rd in the 300m hurdles with an impressive time of 39.85 as well as 5th in the 110m hurdles. Austin was joined on the podium for the 110m hurdles by teammates Daniel Park who took 3rd Place with a time of 15.30.

The 4x800m relay of Collin Walsh, Alex Dzurek, David Daniel, and Lance Clemons had a big day on Wednesday with a big PR of 8:19 to take 3rd Place in the race. Collin Walsh followed this up with a 4th place in the 1600m with a personal best time of 4:33.

Thrower Jorden Taylor also had a big week while placing 5th in Shot Put and 8th in Discus to score the teams lone points in the field events.

The Demons Track team will be competing in Districts this week at Amherst Steele HS on Wednesday and Friday. Top 4 in each event at districts qualify to Regionals the following week and the top 4 at Regionals will qualify to the OHSAA State Meet in Columbus.