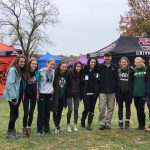 Completing a fantastic career, senior co-captain Teagan Walsh competed at the Regional competition for the fourth time in as many seasons, becoming one of a handful of WHS athletes to accomplish such an accolade and the first to do so since 1998. During her tenure, Teagan entered every team top 10 list, took a vaunted 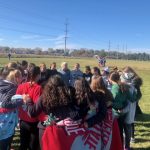 Running the 10th fastest District team time in school history, the girls completed their team season with a 10th place finish at the District meet at LCCC. Leading the way for the Lady Demons for the final time in her career, senior co-captain Teagan Walsh once again entered the WHS history books with yet another 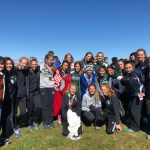 Running the fifth fastest SWC team time in school history, the girls ran extremely well on a cool and blustery en route to taking 4th place overall at the SWC Championships. In doing so the girls enjoyed several standout performances while improving upon their early season 5th place Preview standing in August. Leading the way 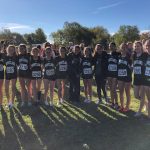 Enjoying their best team time of the season, the girls had several standout performances at the Medina Cross Country Festival in taking 11th out of 29 teams. Earning another top 20 finish, freshman standout Sydney Peer started strong to run with some of the best runners in Medina County to take 14th As a result, 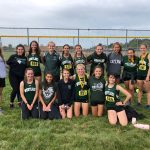 Returning to the Vermilion Invitational after a one-year hiatus, the girls enjoyed another great team finish as they earned their second 3rd place finish in a row. Working together for the duration of the race, freshman two-sport standout Sydney Peer and senior co-captain Teagan Walsh competed with some of the best runners in the area 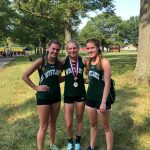 Enjoying their best team finish of the season despite the hottest and most humid conditions of the season, the girls took 3rd at the Valley Forge Patriot Invitational. Medaling for the third straight meet, freshman standout Sydney Peer led the team with her 5th place finish as she competed with some of the best 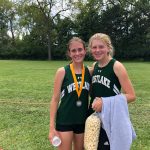 Competing at the Bruce Lerch Invitational in Brecksville for the third straight year, the girls enjoyed several fine performances despite running on the most difficult course of the season en route to taking a 10th place overall finish. Teagan Walsh and Sydney Peer led the way for the Demons as both worked together to enjoy 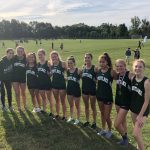 Competing at Kenston for the first time in team history, the girls enjoyed several standout performances as the entire team saw improvement from the previous meet. Leading the way for the team for the second meet in a row, freshman Sydney Peer ran with some of the best runners in the area en route to

Competing in the first meet of the season, the girls enjoyed several standout performances in the opening competition of the year. Freshman Sydney Peer led the way for the girls as she ran with the lead pack from beginning to end, finishing  3rd overall en route to earning the 3rd fastest time on the

The Girls Track & Field team opened up their competitive season with a 54-47 win at Berea-Midpark that was highlighted by several outstanding results. In the field events, despite several being cancelled due to conditions, Haley Brennan led the way with a 1st place finish in the pole vault, tying her career 10′ personal best.

No Events This Week

Events are added by athletic staff.
View All Events